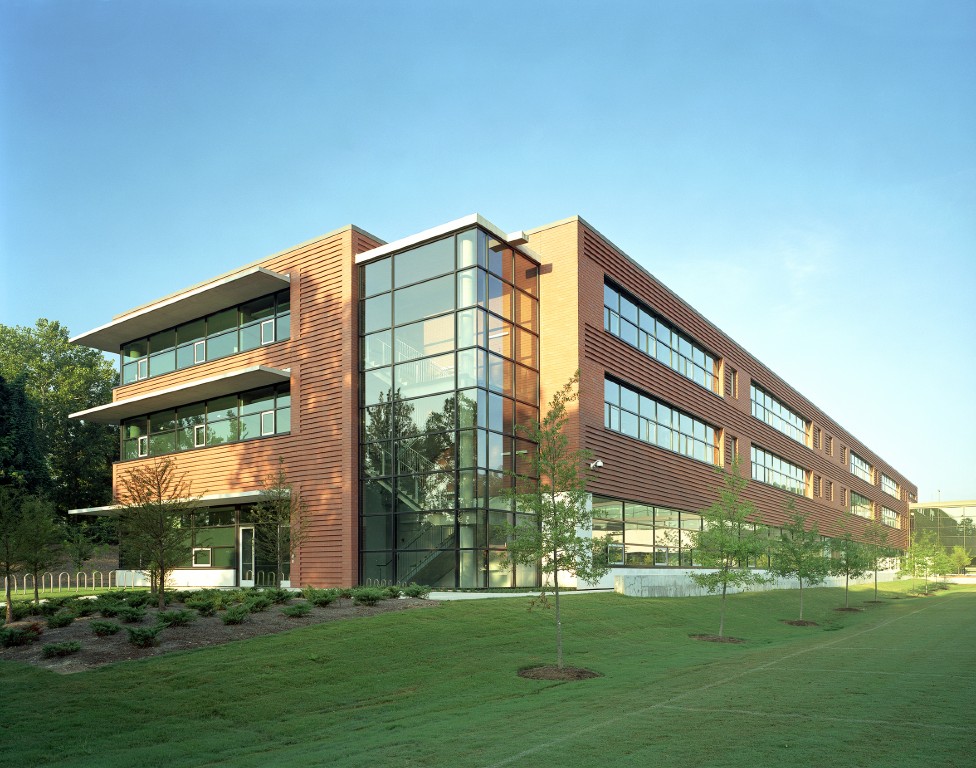 This Alabama public school is designed with three basic principles: to create an exceptional learning environment, to foster community interaction and to set a standard for environmental sustainability.

The school is located adjacent to the city’s historic center and has two main entrances, one by automobile, and the other via a pedestrian bridge that connects the school to the downtown and surrounding neighborhood. Three volumes form the school building: the academic wing, media center wing and activities wing. The wings are carefully placed in the landscape in order that the interior spaces directly relate to defined exterior spaces.

The building’s north-south orientation and basic massing strategies take advantage of prevailing winds and natural light. Enhancing these principles with a sophisticated building automation system, the school achieves cool day lighting in 95% of the building while using 38% less energy than a code-compliant school of similar size. In the spring of 2005, this building became the first middle school in the nation to receive LEED Silver certification. This was accomplished under budget and six months earlier than originally scheduled.